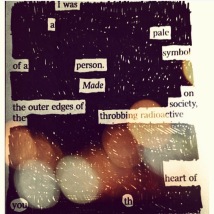 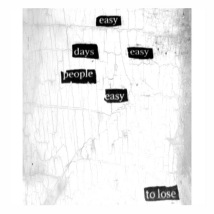 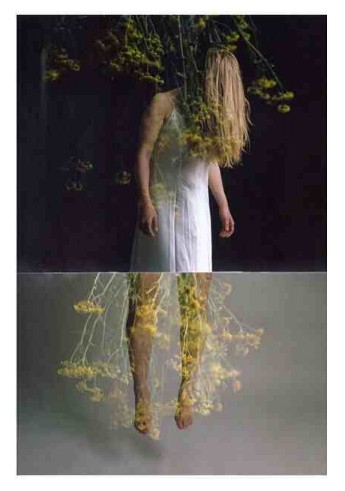 The first leaf of autumn had fallen in the morning and had lain where he lay now on the still balmy afternoon of the turning season. She had brought it inside and placed it carefully between the pages of the book that stood apart and unburdoned with words – she did not need them to remember. It carried only the brown fossil veins of four summers gone, dried and pressed into an un-annotated scrapbook of personal history.
“It’s time” she said as she held out her hand. How he had marvelled at the tinyness of those hands, at their porcelain delicacy as he traced the trail of blue rivers that pulsed beneath her skin. A map that was mirrored in the transparent flesh of her breasts. How he had followed each and every direction into the milky bliss of absolute submission. And how he followed her now, what a marvel, such wonders to the ends of the earth, at the end of the world.
She had promised him the summer and in that promise he had felt her stretch out into eternity, like an endless American-movie-highway beneath his wheels. Rubber kissing tarmac, friction and heat. She his journey and his destination, on and on, forever summer. For him she would make it so.He looked at her now for what felt like the last time or the first. Time was fluid in her presence and knowing anything was subjective. He had learned to let go of before, even after. No then, no when, only now. He collected the moments as they had collected the ladybirds in the jam jars, on that first morning in this, her garden of eden where the apple was meant to be tasted. They had let the ladybirds go that night when she taught him that everything must have its release. Freedom was her god, her only worship and she wore it in her hair that hung in sandy waves draped down her back and over her shoulders, which were always bare as her feet. Better to feel the earth and to feel a part of… something. Most clothing weighed heavily on her like a space suit, isolated her even from herself. Shoes were moonboots and she was a homebody for her own planet. The stars did not entice her out, she invited them in, to her world, to shine for her and it was their pleasure to do so. His eyes wandered from her to whatever it was that lay above, as these thoughts ruminated in his mind, as he savoured his observations of her like pear drops, and he knew that they were still there, unseen and watching with a trillion glittering eyes. Every thought of her tasted as sweet as she did, and he had tasted every part as he had tried to drink her in, to take her body into his own as she had taken him into hers. He had needed to possess her more than he had wanted air to breathe and she had let him borrow her from herself. But everything must have its release. As it must have its petite mort to be able to rise again.She was toiling and he could see the sweat beginning to crystalise in her eyebrows like a salted siren.
“Let me help you” he offered.
“I want to do this for you” she said, pausing to look upon him with the most serious expression he had seen come over her face in all the time he had known her, forever and only days. She turned it to a smile that was not reflected in her eyes. Nobody likes endings. She would cry at the end of every book, waving off the characters like the childhood friendships forged on a day at the beach, unable to follow them on their journey or take them with her on her own. Her eyes would turn from grey to green when she cried, and though he hated to see her in pain, he would revel in the beauty of the transformation as he wiped away the tears from her high cheeks, kissing them from his thumbs. His salted siren.

She sang only when he would sing along with her, when she could hide within the sound of his voice. David Bowie in the shower, Johnny Cash in the bath, a starman and a drunk. She kept him in hot water and he kept her in music. He bathed in her song and her silence equally. Communication without words though there were many to be had. Words, theories, puzzles, the mysteries of the universe. They hobbied in the tackling of the subject, life and death, god and man, love and hate, here and there. Together they worked it all out and coveted their knowledge, what would the world do with it anyway but distort and dismiss it as it does all truth. To take their love and to make it into war. Under it they took shelter and they slept, with his back to her heart and her lips to his ear, enclosed in her arms all the way back to the womb.

She laughed in the face of such words as chliché or cool, she wanted no part of it but to flout the ideas. Kisses in every downpour, poetry and mixtapes. Flowers and art, always and always. He was her life model and she his life. But nobody can live forever rendered in charcoal nor flesh. Both must fade, both will be ash.

She had finished her labours and now straddled him on the grass. He combed her hair with his fingers and watched the sun make a perfect silhouette of her. His shadow lover picked the fading, flowering weeds from around his head and wove him a coronet of gold and green before crowning him with a butterfly kiss. He didn’t blink or struggle when she embraced his throat with those tiny hands. Only held her face as though it were a chalice containing the very last drops of the essence of life as he watched her pupils engorge and dilate as they always did when she looked upon him, all the better to take him in with. Eyes black, she leaned in to breathe in his last and she whispered “I will love you always but I cannot love you forever. Nobody could love you like I have done and so I won’t let them try” before closing his brown stone eyes, kissing his blue gemstone lips and rolling him as gently as she could into the grave she had made him. 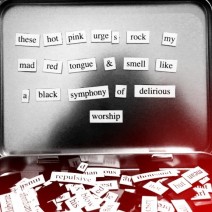 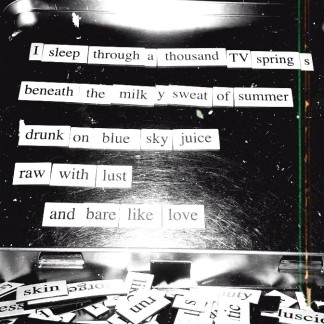 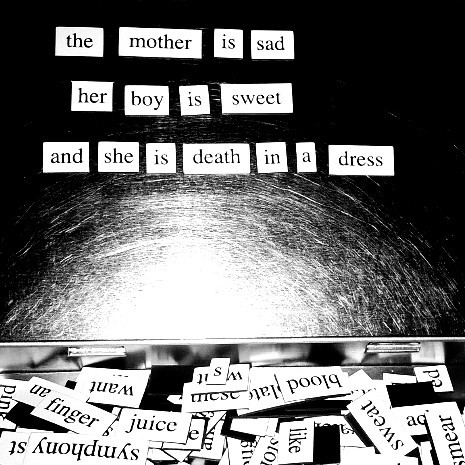